Message from the Ancient Ones 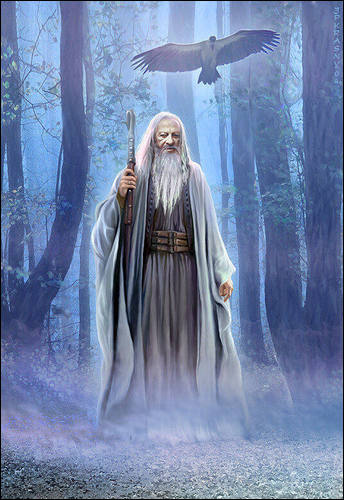 I LOVE the Ancient Ones!!! I can still remember when they first came to me.  I was working with a friend of mine; I love how so many people who begin as clients become friends, and this was the case in this instance.  We were working to clear past lives and in particular to clear lives in Atlantis. Now, this was around 2004 or 2005 so at the time their energies were quite new to me.

I’d like to share a memory I have.  We were in Atlantis, in a place that felt like a cave.  During this past life that I believe was for my friend she and possibly I too were being held because we had advanced psychic powers.  During that lifetime people were trying to take our powers from us so as to use them to control an manipulate.

I remember we were in this cave and discussing what to do to get away from these people when the Ancient Ones manifested in front of us.  As I speak of this, more and more is coming back to me.  As soon as I saw them I knew they were special and that they were ……….. ancient!  They transferred memories to us of times in which we were able to teleport out of that cave.  They also reminded us of how no chains could hold us.  Lastly, I remember that sense of wow we have zero limitation.

Now, in that lifetime they showed us what we had forgotten about ourselves.  They showed us how limitation is a part of the move through the veil.  They showed us the many lifetimes that we would be working with energy both for ourselves and to assist theirs.  As they did so, we could feel our current lifetime.

As soon as we remembered our power and stepped into what that means for our lives we disappeared from the caves.  Not because they took us out, but because through our knowledge and potential we released what was bound in chains. It is always up to each of us to step into our power and potential.

During this channel of The Ancient Ones Speak of Time, I felt all the power and strength moving through their words to us.  I’m inserting the excerpt of their message to us and it’s interesting.  When I listen to it, I feel as if the words aren’t exactly as they need to be, as if a lot was left out.  However, the download of energy is complete and it is exactly as it needs to be!

When I first began to consider time as non-linear, it felt as if I was really expanding my thought process; it took a while for me to conceptualize! When you consider time and know that you can be any place within a spiral and that you can move into any place energetically you have the ability to change your past lives as well as the current and future.  One of the messages I found from the Ancient Ones was that some of the guides coming in are our future selves helping to clear this energy so that it helps in the future.  Can you imagine that this time will be equal to or more important than Atlantis or Lemuria?  We do live in amazing times~~~

I also chose this picture which I know is supposed to be Merlin, because it looks closest to how I see them.  I have looked and looked for a picture of the three of them standing in front of me!  I was 99% sure I had the picture but after hours of looking, I cannot find it.  Perhaps I had a book with such a picture and through oh look, it’s the Ancient Ones~ In truth, it’s not about the pictures, the video, the words; it’s about their energy and the strength of their love for humanity.  They are committed to the earth and have been a part of the earth from before the time that conscious awareness lived upon the earth.

I invite you to watch this video if you so choose or you can breathe deeply into your heart center and invite the Ancient Ones to join with you in love and support.